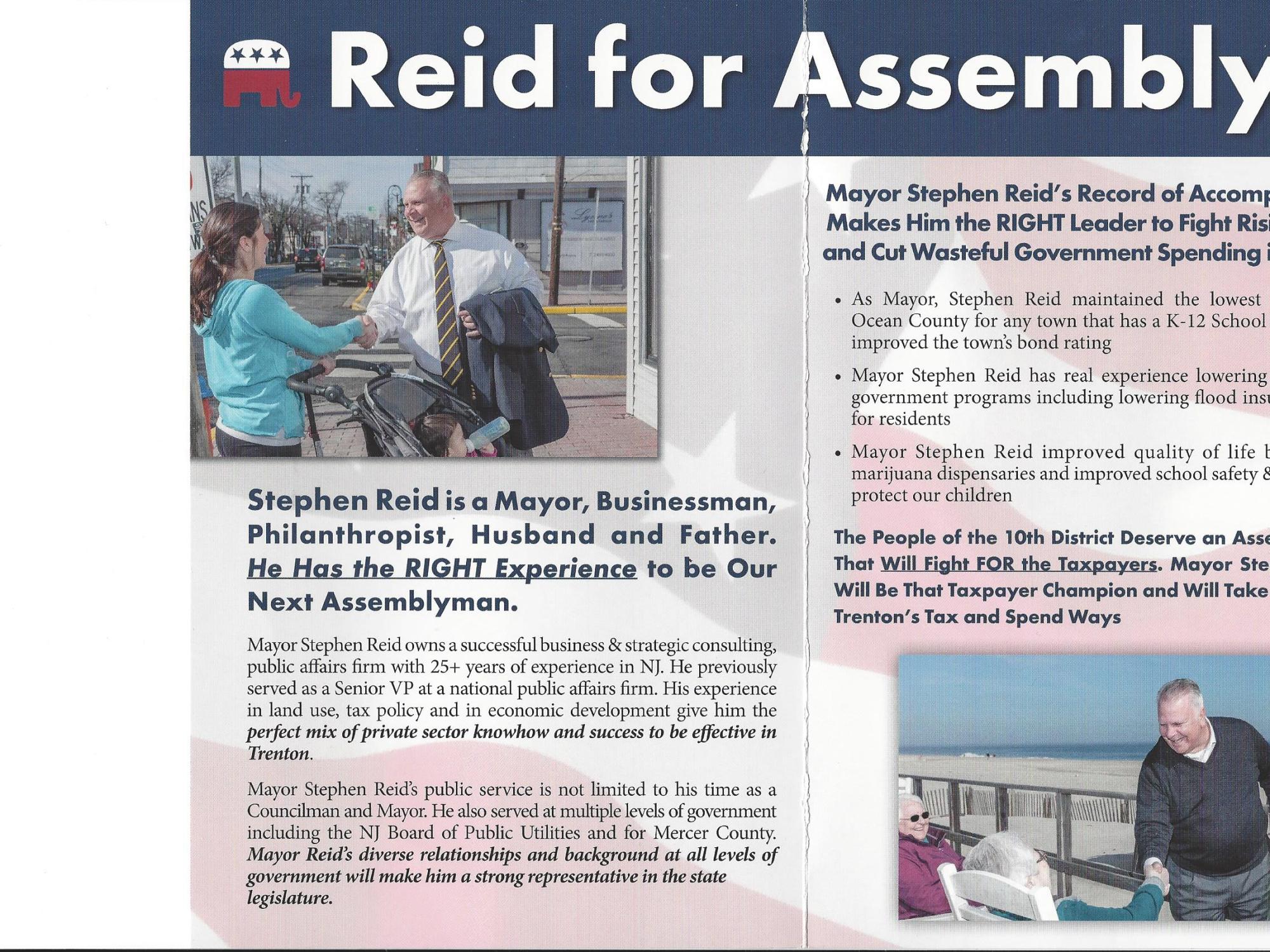 In the last installment about NJ-RAMP and it’s executive director and now former lobbyist, Stephen D Reid, we learned that Mayor Reid had been a naughty little politician by not disclosing the fact that he was being paid by NJ-RAMP on his financial disclosure form.  We have now learned from an article on nj.com that Mayor Reid says he was being paid $3000 per month by the group since May of 2018, and he also admitted to not registering as a lobbyist until October, some 5 months later even though legally lobbyists are required to register before any activity begins.  The day after that article was printed Reid found himself in front of the Ocean County Republican selection committee in a bid to win them over to be their guy for the NJ Assembly seat being vacated by Tom Wolfe, only to be punted by the committee back to his position as Mayor.  Mayor Reid is claiming that since he didn’t become the executive director of NJ-RAMP until May, several months after Point Pleasant Beach banned dispensaries, there could not possibly be a conflict of interest.

Rabble Rouser Media decided to take a look into just how the group NJ-RAMP formed and it’s connection to the Mayor, and here is what we found.  On November 2nd the site http://www.nj-ramp.org was formed and registered under domain proxy, which hides the name of the registrant of the site so you can’t see who registered it. 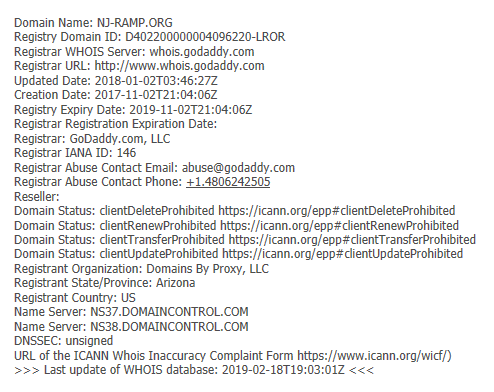 After the website was registered the first sign of NJ-RAMP appearing in any news stories was on November 16th of 2017 in an article on NorthJersey.com, just 5 days later Councilperson Toohey asked the borough’s attorney to draft an ordinance banning dispensaries.  During the next council meeting on December 5th the first reading of the ordinance to ban dispensaries was heard.

“been told it will be a year or two before it’s up and running – other towns will follow) this is not politically motivated – it’s in the best interest of PPB” Said Mayor Reid in the minutes from the meeting.

When you go to http://www.nj-ramp.org you see that it is in partnership with SAM Action, a group out of Alexandria headed by Kevin Sabet.  SAM Action is an anti-legalization group who in 2015 brought in a total of $36,052 in donations to fund their operations.  Something changed drastically though in 2016, because SAM Action brought in a total of $4,586,573 in donations, none of them being tax deductible due to SAM’s 501c4 non deductible status.

On February 2nd of 2018 SAM Action hired Grace Hanlon, former director of tourism under Governor Chris Christie, as their lobbyist.   Her job was to “Oppose legalization of recreational marijuana, help educate and spread awareness about negative effects of marijuana legalization throughout local and statewide leadership.” and also “Provide information to SAM Action on the news and legal processes in New Jersey. Work with New Jersey Responsible Approaches to Marijuana in activating grassroots supporters in opposition to marijuana legalization issues.”.  Later that same month Grace was on a panel at Rider University with none other than Mayor Stephen Reid, called “Marijuana: Weeding Out The Truth”. 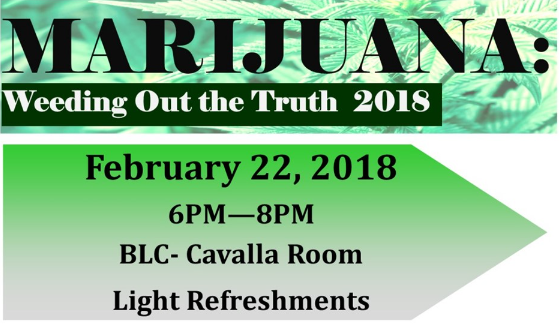 On Grace’s GAA form, which is required to be filed previously to an lobbying activity ensues, she lists her time as a lobbyist for SAM Action from 2-2-18 through 5-10-18.  On Mayor Reid’s GAA form filed in October, which was filed 5 months after his lobbying activity began, he lists his lobbying activity as May(2018) through April(2019), but he didn’t list SAM Action as the group he was lobbying for, he listed NJ-RAMP.  When a search is done in the NJ state and federal data bases of corporations, NJ-RAMP is nowhere to be found.  So who is it that Mayor Reid was lobbying on behalf of?  Does NJ-RAMP actually exist or was Reid, the unregistered lobbyist for 5 months, lobbying for a fictitious unregistered corporation? More to come….