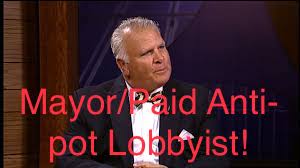 When we last left off in our tales about Point Pleasant Beach and it’s anti-pot lobbying Mayor, Stephen Reid, we were going over a timeline that showed the suspicious timing as it pertained to the founding of NJ-RAMP and the Borough’s banning dispensaries.  A couple hours after that article was printed we were contacted by a person who tipped us off to a little something.  On December 5th of 2017 the Council and Mayor had the first reading of the ordinance and sent it to the planning board.  In the minutes from the meeting on Dec 5th the Borough Attorney is quoted as saying “Attorney Riordan: ordinance has been carefully designed to withstand challenges – it’s a zoning ordinance, not a police power ordinance, to avoid pre-emption arguments – goes to Planning Board tomorrow”.

“The Planning Board reviewed and considered Ordinance #2017-30 and voted to support it with a vote of 4 to 2 with the recommendation to allow medicinal marijuana sales from a licensed pharmacy that also provides conventional medications.”

What, what, what….the planning board voted to have medical marijuana dispensaries in the town but the Mayor and the Council just ignored it and went ahead and banned both medical and recreational dispensaries anyway?  Mayor Reid has touted his paid prohibitionist opinion as what’s good for his town as if that is what everyone in Point Pleasant Beach wanted, when in fact the planning board themselves voted to allow medical marijuana dispensaries and Reid ignored the will of the same people he used as his tool to lobby dozens of other towns to have them also ban what most people in NJ actually want.

“The governing body, when considering the adoption of a development regulation, revision or amendment thereto, shall review the report of the planning board and may disapprove or change any recommendation by a vote of a majority of its full authorized membership and shall record in its minutes the reasons for not following such recommendation.” The recommendation by the planning board was to have medical marijuana dispensaries but the council went ahead and banned them anyway, without any discussion in the minutes of the boards recommendations.  Over the next year Reid would travel to dozens of towns, send dozens of anti-pot lobbying emails from his mayoral account, and appear in dozens of newspapers as the executive director of NJ-RAMP, all asking towns to ban dispensaries, and all as an unregistered lobbyist from at least May of 2018 through October of 2018.

When Rabble Rouser reached out to Dr. Kevin Sabet to seek comment on the conflict of interest we felt the mayor had, he said he did not think there was one and that he would email us a comment, which he has still yet to do.  We called on Saturday the 26th of January of last month to seek comment, and on Monday morning Mayor Reid unregistered as being a lobbyist for NJ-RAMP, the non existent entity that seems to have been able to dupe dozens of NJ municipalities into listening to a modern day Reefer Madness has been renamed, #Reid4madness!