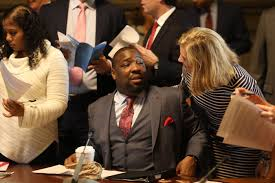 The FBI has said that they are investigating Philadelphia’s land sales but it seems that there might be several other properties that could come into question involving both Johnson and Hayman.   Here is a list:

Hayman Construction also has several nice deals they got in the Point Breeze area, here is a list: