“911, what’s your emergency”, is usually the way a 911 call begins. But that’s not what happened when Holly Hylton made the now infamous 911 call on two black men from the Philadelphia Starbucks. Instead, the 911 operator said, “Good Morning, how can I help you”, as if Holly was calling to order a Latte or something.

Several weeks ago Rabble Rouser Media broke a story on why the call from Holly seemed so casual, which was because it was about the 50th time that same Starbucks had called 911 in the 15 months leading up to the infamous incident. Newly obtained data which was garnered from right to know requests filed by Rabble Rouser Media shows that Holly was just following the normal operating procedure for a center city Starbucks.

The original call that Holly made to have the two men removed from the Starbucks is what is known in police code as a 3306, which stands for dispersing a crowd. In the 39 months of call logs from just these 5 locations 173 calls were made to 911 for the police to disperse a crowd at a center city Starbucks, just about one person a month from each location. 31% of the 556 calls made to 911 from these 5 locations were to have people removed from the stores but not everybody would get removed. 69 calls were labeled a 3412, which stands for “unfounded”, meaning the police came out and either used their discretion or whatever it was that they were called on was no longer an issue.

One interesting fact gleaned from the 911 logs at the location where the two men were arrested was the fact that in the entire year of 2016, only 2 calls were made for a 3306. But something changed in 2017, which was just about the time that Holly started working at the location, where the 3306 calls jumped from just 2 the year before to 28 in 2017. What could cause a Starbucks located on Rittenhouse Square, which if you do not know is the nicest section of the City of Philadelphia, to call 911 so many times? Was this also a problem for similar coffee shops in the same area?

911 logs were also requested for the OCF Coffee House, which is located just 3 blocks south of the location that started this whole controversy. OCF also allows for patrons to sit inside and work on their laptops, or meet friends, so it’s as close of an example as one can find to use as a comparison. In the same 39 month period, OCF called 911 a total of 10 times, with 5 of those being for a tripped alarm. So while the other 5 Starbucks locations averaged 132 calls to 911 in this same period, OCF only made 10, which is only 7% of the ammount of calls averaged from these 5 Starbucks. 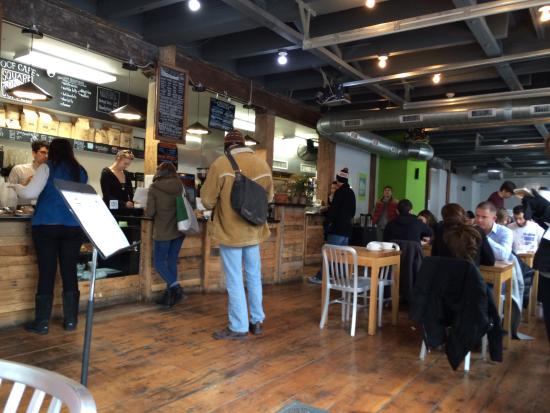 What kind of deal does the City of Philadelphia have with Starbucks to divert much needed emergency services from the poorest major City in America to a billions dollar corporation? Is Starbucks paying the Philly PD to be private security? If they were having those many issues, why not hire private security? Come on Commissioner Ross, please let us know why the people in the hood can’t have safe streets, but Starbucks is assured the Philly PD acts as their enforcers?

We reached out to Starbucks to ask them if they had a deal with the Philly PD to be their private security force, and they had this to say, “Patrick, I am sorry to hear your concerning with the alarming rate. I want to know you that Starbucks does not have a deal with the Philly PD 911, as an usual service to every one can use, Starbucks also use it. Once again, I apologize for the inconvenience this has caused for you.”

Uncategorized
← Amended Complaint against Camden.
→ Cave diver called pedophile by Elon Musk was also freed from a cave as a teen.

One response to “Starbucks 911 logs show hundreds of calls made.”