The internet is a funny thing, it’s a gossip machine on steroids, where once a rumor starts, it is difficult to stop. That is very true for the latest rumor that was started by a Twitter user named @kevinCash__. On May 10th an internet video of a white woman calling 911 on some black people just trying to have a BBQ at the park, went viral. Mysteriously, just two days later, @kevinCash__ created a new twitter account.

Making only a couple of tweets on the 12th, and one on the 13th, in what was the users 9th tweet, they Tweeted out the allegation that Dr. Jennifer Schulte, is the BBQ Becky, the woman who had become the popular subject of hundreds of great memes.

It reads “This is Dr. Jennifer Shulte of @Stanford university who racially profiled the black family in #oakland at #lakemerritt #thisisamerica #cnn #fox #stanford #jennifershulte”

When I read it I immediately went to Stanford’s website to see if I could find her, but I couldn’t find her anywhere. So I searched a bit more and found a picture of her deleted Linkden account, which showed she worked for a company called ERM out of Walnut Creek, CA, but under her employer it said “Stanford University”. 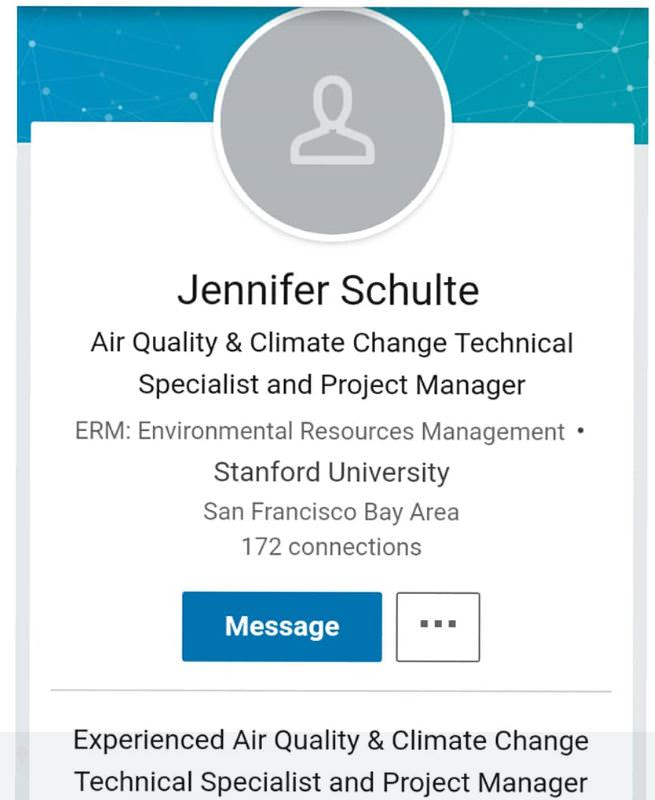 At this point the tweet was shared at least 500 times and it was spreading like wild fire, but the retweets were all damning Stanford because of the way the Tweeter wrote their original message. People were calling for her resignation and screaming for a statement from Stanford. It was mob mentality gone amuck.

I wanted to see what the deal was myself, so I called the President of Communications from Stanford, EJ Miranda, to find out the truth. EJ couldn’t respond right away but he had me send him an email so we could begin communicating. Within a couple of minutes I was contacted by the VP of communications, Lisa Lapin, who let me know that Dr. Jennifer Schulte is not an employee of Stanford.

So how is Ms. Schulte connected you might ask? It seems she was a student at Stanford from 1999-2006, earning degrees as a Doctor of Philosophy (Ph.D.) and in Chemical Engineering. 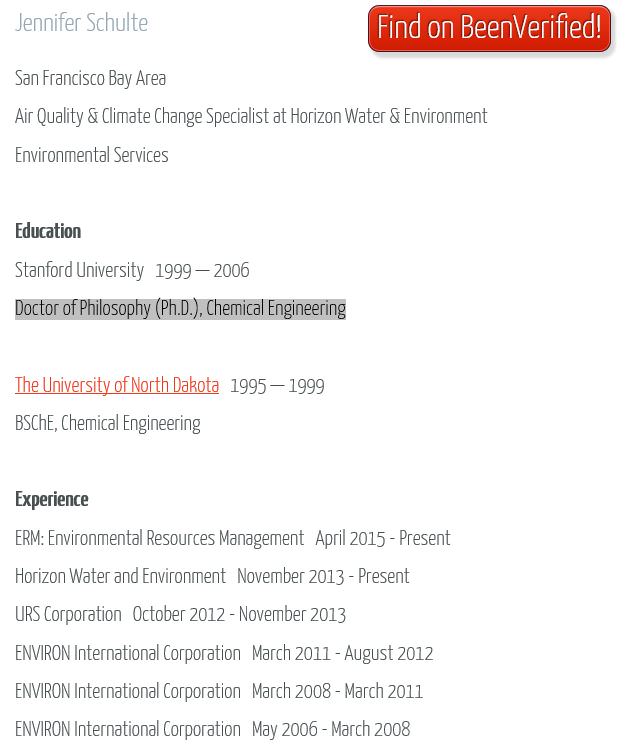 Once I realized that the post was wrong, I immediately went to the Tweet and added a response, which was at 3:43 pm on May 15th, stating “She doesn’t work for Stanford, she works for ERM https://www.erm.com&#8221; By this time, the Tweet had been shared almost 3,000 times, and in almost every comment people thought she worked at Stanford.

She doesn't work for Stanford, she works for ERM https://t.co/bp6RpqCT8T

So I Tweeted again, this time saying “Yeah, I emailed Stanford communications department and they verified she is not an employee.”

Yeah, I emailed Stanford communications department and they verified she is not an employee.

This must have peaked the interest in the original Tweeter, who chimed in saying “She was never an employee. I said she is of Stanford which means she’s gotten her doctorate there for chemical engineering and works for @erminsight”

She was never an employee. I said she is of Stanford which means she's gotten her doctorate there for chemical engineering and works for @erminsight

Maybe they didn’t understand the implications of their post, but at this point articles are being published to the net saying this woman is a Stanford professor, when she is not. Who knows who ratted out Dr. Jennifer Schulte, or this is even Jennifer Schulte, but this is a clear example of how the wording of one tweet can spread misinformation in very little time.

According to our records, a person by this name earned graduate degrees at Stanford more than a decade ago. She is not currently employed as staff or as a faculty member.

3 thoughts on “Dr. Jennifer Schulte is not a Stanford Professor, but allegedly, she is BBQ Becky!”