In 2014 reports came out about a law that was being called the “Mumia Law”, or the Revictimization Relief Act (RRA). It is a law that is aimed at silencing those convicted of crimes and those who publish their speech. The driving force behind that law was a local talk show host named Dom Giordano, who is on 1210 WPHT am in Philadelphia. 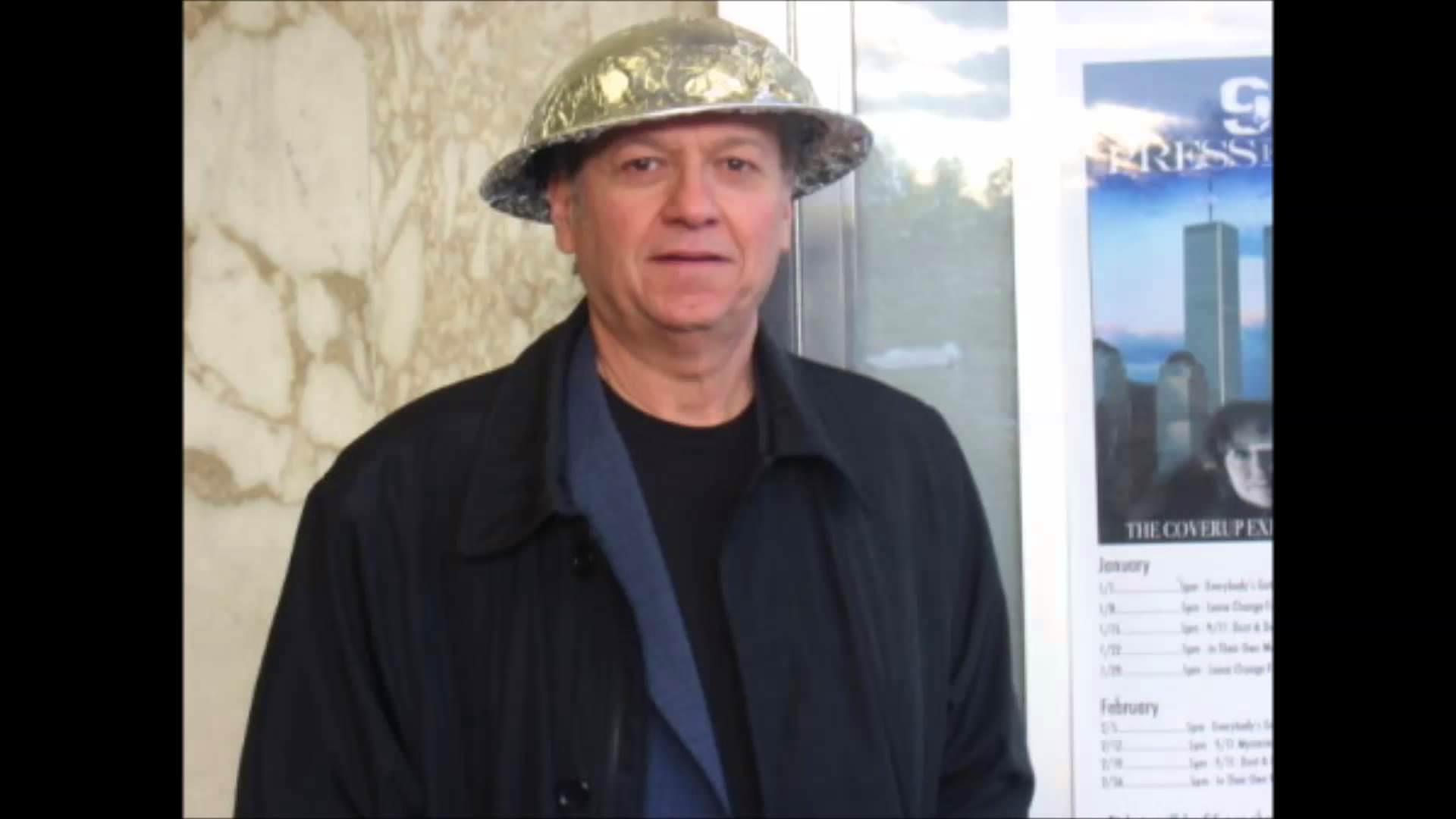 Now Dom is pushing for Mumia to not have a new appeal, and again, he is one of the most vocal opponents to anything having to do with Mumia. Dom won’t let you know, but the truth is, Dom knew Mumia in a very personal way, and may have some family skeletons he wants to keep in the closet.

In the mid 70’s and early 80’s, the City of Philadelphia had a number of issues going on, with the most controversial of them being the MOVE organization. This issue has always been a polarizing one for the country and the local area. During the late 70’s two up and coming journalists were broadcasting over the airwaves, but they were two very different stories about the same situation. 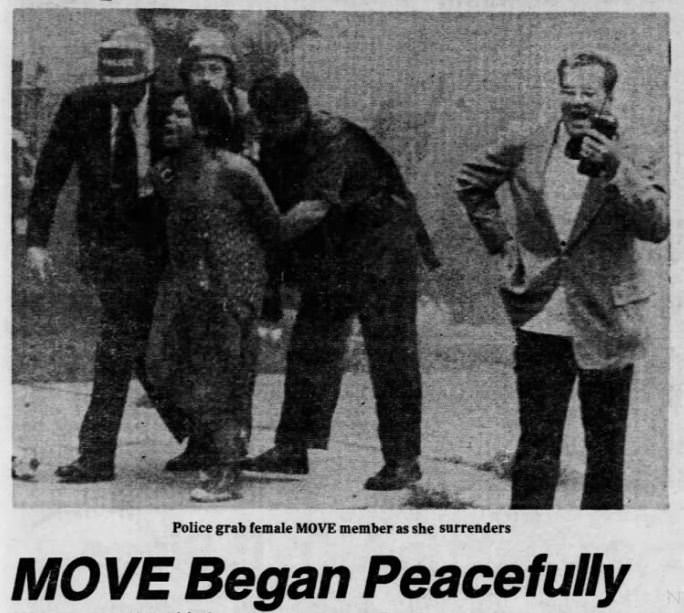 One was Dom Giordano, who can still be heard on the airwaves in the Philadelphia area on 1210 am, and the other, Mumia Abu-Jamal, who can be heard all over the world and has gained more notoriety than Giordano as a journalist, even from behind bars. They were both on the same station WPEN, where Mumia would report about the MOVE organization and other socially viable issues, and Dom would do pro cop and anti-move.

While Mumia moved on and went on to have his own show on NPR and interview the likes of Dr. J, Bob Marley, and Alex Haley, Dom was stuck without a slot and had to move on to a teaching career that he very frequently still complains about. Mumia was soon named President of the Philadelphia Association of Black Journalists and frequently reported on the situation out of the Powelton Village area, which was where Move was located, while Dom was now voiceless. 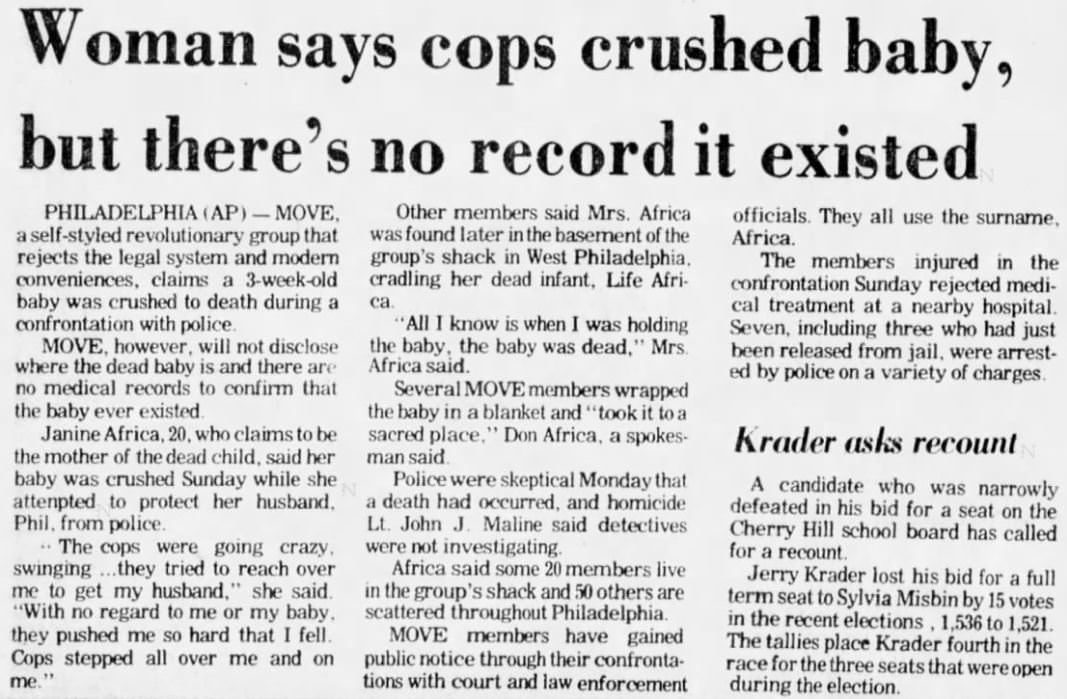 The event that I think most historians miss regarding the Move situation happened in March of 1976, when a baby was killed during a police struggle. Nobody was ever charged in the death of the baby and tensions between the Police a Move grew even stronger. Move began to become more militant in response and built large fences with lookout areas for members to watch for anything coming. 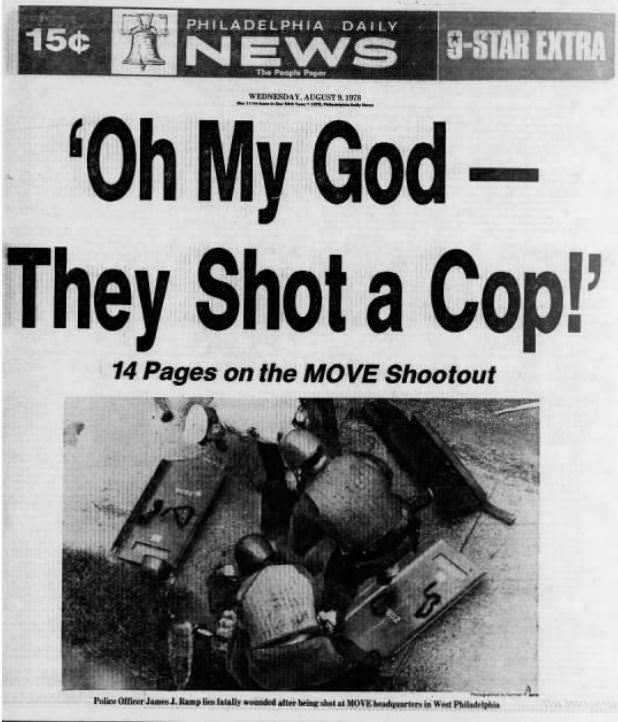 On August 28th of 1978 a situation occurred at the home and gun fire erupted, when it was over, one officer was dead, and 9 move members were arrested and charged. 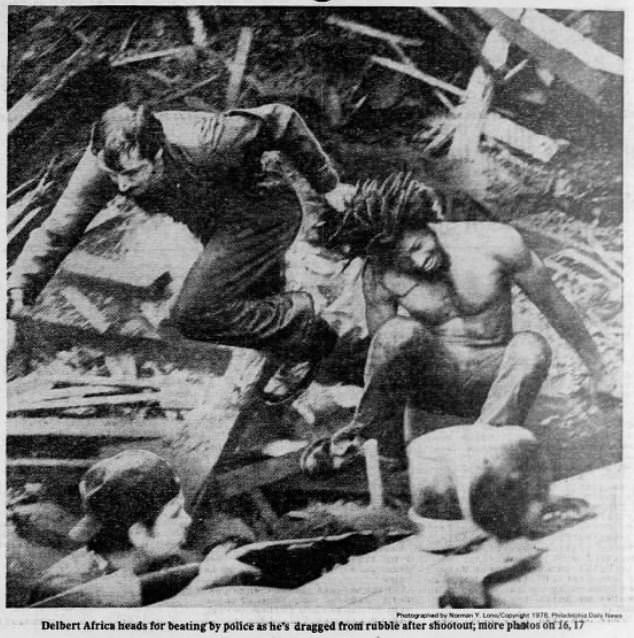 9 members of the MOVE organization were charged for the murder of one police officer, in what has been called a complete sham of a trial, and Mumia highlighted the inconsistencies for the public to see, which did not sit well with the powers that be in Philadelphia. 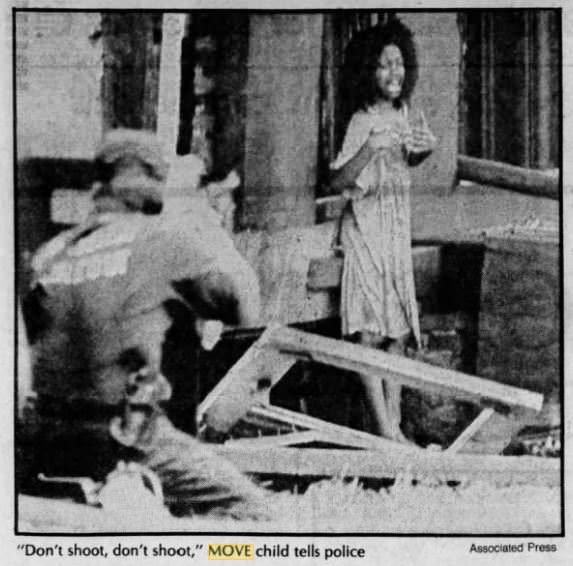 While reporting on the events and continuing his career as a journalist, Mumia was also driving a taxi to help make ends meet. On December 9th, 1981, while in the area of 13th and Spruce St, Mumia saw his brother being pulled over by police and he approached the scene. The next steps of what happened are detailed in different fashions by different people, but the short version of the long story is that Daniel Faulkner was shot and Killed and Mumia Abu-Jamal was also shot.

The first senior officer on the scene was Alfonzo Giordano, who I believe to be the father or uncle of Dom Giordano, especially considering the fact that Dom wouldn’t answer my question on his radio show, not just once, but twice. Dom’s refusal to answer that simple question shows he may not want people to know he has a bit of a conflict of interest in protecting the false narrative that was started by his kin.

Alfonzo’s testimony was the only testimony the police could invoke during the preliminary hearing to link Mumia in anyway to the killing of Daniel Faulkner, and it was the only reason Mumia was ever held over for trial. The interesting thing about this fact is that Giordano was never called as a witness to testify at Mumia’s actual trial, even though he was the only person to ever claim that he heard Mumia admit to the shooting of Daniel Faulkner. Why would Mumia want to kill Faulkner, he had no motive, but Alfonzo did.

A short while later, Giordano was placed on desk duty and taken off the streets. The day after Mumia’s first trial was over Alfonzo Giordano was let go from the force and about that time he learned that he was being investigated by the FBI for taking bribes to protect and look the other way on crimes happening in his district, which just happens to include the intersection of 13th and Spruce.

In 1986 Alfonzo Giordano plead guilty to taking bribes and cooperated with the FBI in an investigation into fellow officers. Several indictments were handed down in what was the largest FBI investigation into police corruption, and Giordano, who for many years was the right hand man to Frank Rizzo, was now a stool pigeon for the FBI.

The bribes, which were being taken in the same area that Faulkner was murdered, were being paid to the cops to protect the local mafia, pimps, and prostitutes, which then were directly funneled to top cops like Giordano. Giordano was pulling in more than $3000 a month for himself in these bribes, so I am sure he wouldn’t want anyone to get in that way of that big payday.

Daniel Faulkner though, was said to be one of the good ones, which made him a direct threat to Giordano’s scheme. Faulkner was very brazen in attempting to stop the gambling and prostitution in the area of 13th and Spruce, while Giordano was being paid to protect those same operations that Faulkner was threatening, giving what any good prosecutor needs in a murder investigation, a motive.

Now, more than 30 years later, Dom wants to close the doors on the person who his possible relative’s testimony help put behind bars. Dom was the spearhead of the unconstitutional law that was shot down by the Supreme Court in PA to silence prisoners in what was said to protect the victims, when I think the intention was more to protect a lie that his family helped start almost 30 years ago, that Mumia Abu-Jamal killed Daniel Faulkner.

Why was Alfonzo Giordano put on desk duty and not called to testify in the actual trial, especially since he was the only one who heard a confession? Who was Alfonzo taking bribes from and who was he getting paid to protect? Were these the same people that Faulkner was attempting to stop from engaging in illegal activity? Why would Alzonzo get let go the day after Mumia’s trial? Is Dom seeking revenge for what the framing of Mumia did to his family members life and for being an actual journalist?

These questions may only be answered if a new appeal is allowed to move forward, and Mumia, like Meek Mill, will have the chance to present evidence of a dirty cop. Hundreds of cases are being looked into overturning based on one dirty cops involvement in the handling of the cases, so what makes Mumia’s case any different?